Amul Batra is the Chief Partnerships Officer at Northcoders. He works closely with tech businesses in the North, helping them with their tech skills strategy and connecting them with the Northcoders Junior Developer community. He also regularly speaks at events on the subjects of diversity, inclusion and the talent pipeline.

Before Northcoders, Amul spent 20 years in the music industry, running a record label and managing a number of successful bands. He left music to set up a tech startup and ended up learning to code himself on Northcoders' first ever cohort. There, he saw first-hand how valuable a skill coding was becoming whilst at the same time fell in love with the values and ambition of Northcoders: diversity, community, excellence and helping to change lives through securing rewarding, fulfilling careers in tech.

He became an early investor in Northcoders and a key member of the leadership team. Northcoders has now graduated over 500 new software developers in the last 3 years and has helped guide 96% of them into their first roles at businesses across the North 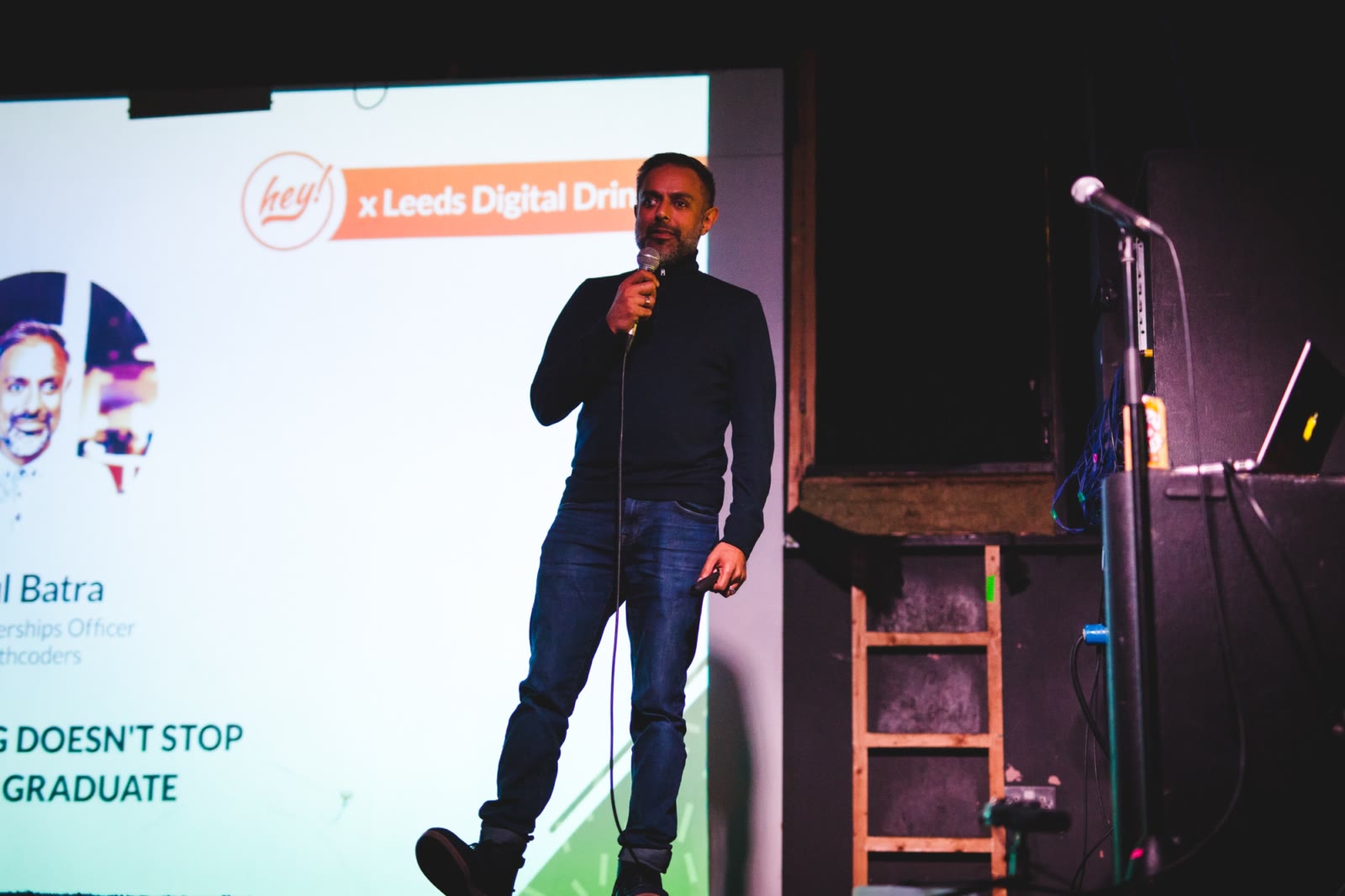